Our team diligently works with journalists around the world to share compelling, and rewarding healthcare stories. If you’re a member of the media and would like to talk, please contact Olivia Gomez at [email protected] or by phone 305-255-9600.

SpeechMED is a multi-lingual patient engagement platform that empowers patients and caregivers to understand and take control of their care plan, resulting in improved health literacy, higher rates of medication adherence, and reduced readmissions. Our mission is to make a patient’s medical information understandable to them regardless of their age, vision, language preference, or literacy level. 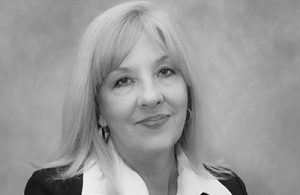 Susan Perry brings over 25 years of experience in product development, disruptive technology, manufacturing, branding and distribution, as the former President of International Business Equipment. During her 20 year tenure, Susan worked extensively in the West Indies, with Banks and Credit Unions, manufacturing hardware and other specialty goods in the Mid-West and China.

Susan’s development of cutting-edge technology to better assist persons with special needs, seniors, the visually impaired, and foreign language speakers, began in 2006 when she founded Taylannas Inc., a research and engineering company. Shortly after, she released the company’s first invention, ‘Menus That Talk™’, which allowed customers to read, listen, and order from menus, in the language of their choice, and then have it send the orders to the kitchen staff, which were then printed in English for processing.

Several years later, a family tragedy inspired the founding of SpeechMED, a multi-lingual patient engagement platform, when medication instructions were misinterpreted, due to problem with translation, and resulted in the untimely death of a family member. Since this time, Susan has made it her mission to reduce and prevent this type of error, and other potential problems, resulting from miscommunication or lack of basic understanding of medical instructions and medications. 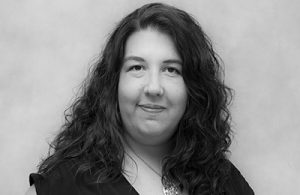 More than fifteen years of experience in customer care, project and office management. She also has extensive experience as a paralegal and worked for seven years in a prestigious law firm position. 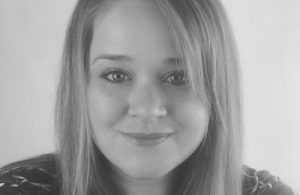 In 2009 Crystal created her first marketing company at the age of 24. She fostered a stellar team of digital marketing specialists to create and manage the needs of several multi million-dollar clients including government clients such as the South Florida Science Museum.

In 2012 she launched her second company venturing into healthcare technology. Crystal designed and developed cutting edge, emergency management software and received funding within 3 months of launching. She received several published accolades in the Miami Herald and was interviewed on NPR.

An IT graduate of University of Pune, Padmanabh has worked for, and founded, several companies, which have built enterprise level platforms. As both a senior level engineer and IT manager, he has experience in developing and managing everything from small offshore software projects, to building financial applications for Wells Fargo. In his spare time, he enjoys endurance cycling and considers himself to be an ‘avid fitness freak’. 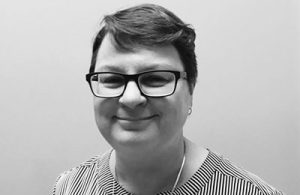 Dr. Adrienne Cwiak is a native of the Midwest.  She earned her B.A. in Psychology at Saint Nobert College, De Pere, WI; her M.A. in Psychology at Concordia University in River Forest, IL and her Psy.D. in Clinical Psychology at The Chicago School of Professional Psychology in Chicago, IL. She finished her clinical internship at the VA Hospital in Miami, FL.  Her clinical interests include health psychology, LGBTQ issues and substance abuse.  She has had various positions in Miami including Clinical Director of the substance abuse treatment center for Camillus House and has been a professor at Miami-Dade College for over 8 years.   In her free time, she is both an avid reader and traveler.

Digitizing the Safety Net: Health Tech for the Underserved

2015 Technology Leaders of the Year – Most Innovative Technology

Our mission is to make a patient’s medical information understandable to them regardless of their age, vision, language preference, or literacy levels.